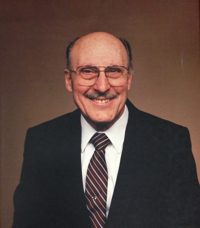 Albert A. Boss (1917- 2009) established A-Boss Opticians, Inc. in 1971.   Al, one of ten children, started in the optical field at a young age of 17 as messenger for Central Optical downtown Pittsburgh.   Al worked his way up the ladder to become lab manager and union steward.   When Central closed in the late 50’s Al partnered with Dr. Norman Schwartz, bought the old equipment and opened Rodnor Optical wholesale lab on Penn Avenue, downtown Pittsburgh. By this time Al had ten children and needed a second job.  He would travel to Uniontown to work two evening and on Saturday for Dr. Friedman.  In the 60’s they moved their lab to Braddock Avenue and started a retail business which is still growing today.   By 1971, Al opened his own location in his home town of Brookline with his daughter Linda.   By 1973 Al became owner and changed the name of all locations to A-Boss Opticians, Inc., bringing in his son Al to manage the lab.

Quickly Linda and Al learned the optical trade and all their father’s skills.  Al retired in 1999 due to Parkinson Disease, but continued to be inventive.

Al’s life was dedicated to God, family and work.   Al and Elizabeth raised ten children on Faith, love, discipline and hard work. When Elizabeth past away in 1971, Al remarried  Ernestine and acquired nine more stepchildren.   Al was a simple, kind, man always willing to help out a stranger.  He had unbelievable, creative, handyman skill.   Rarely did he call on a repairman. 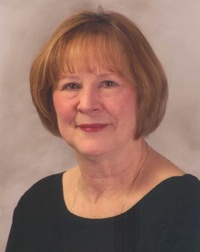 Linda Boss – Linda joined A-Boss Opticians in 1971 when her father opened his second store in Brookline.  Married with two children, Linda would bring her small children to work while teaching herself simple skills of typing, edging lenses, repairing eyeglasses and customer service.    As the business grew, she joined the PA Optician Association to become more involved in the industry and learn more about optics.  She received her ABO certification in 1990 and has been honored by the OAP.

In 1995, she did her first vision service trip with VOSH/PA to the Peten, Guatemala.   This was her dream — to serve others in need. Today, she has done over 25 trips to Guatemala and Haiti helping to create sustainable eyecare to the poorest of people.

A Board member for Vision for the Poor www.visionforthepoor.org (formerly VOSH/PA), Past-President of Brookline Chamber of Commerce and Past Secretary to Whitehall Community Lions, involved in St. Mary of the Mount Church. She depends on her loyal employee Ellen to man the Brookline location when traveling.

“My life has been a great learning experience that I feel has been fulfilled.” 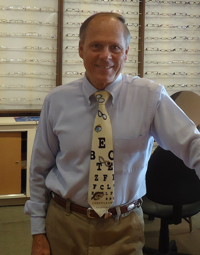 Al J. Boss acquired people skills at a very early age, being one of ten and in the middle. He was know as the dare devil of the family and would challenge almost anything and everyone especially racing his home-made racers.

Al has enjoyed the intricacy of working with small fine metals since his high school years.  Employed by his uncle, a jeweler, Al learned first hand the trade of soldering and handling of fine jewelry.     After serving his country in the Air Force in 1973 he join his father’s business while going to night school at Pitt.  Al learned the business, from surfacing to dispensing, from equipment to building repairs, from buying to selling, from dealing with employees to dealing with customers.

In the mid 1990s Al opened a third store location in Bethel Park. Today Al still enjoys a good challenge repairing eyeglasses and interacting with the diversity of people he meets.

Al volunteers his spare time to community service for the Braddock Rotary where he currently holds the office of president.  He has also served as treasurer of the Braddock Economic Development Corporation, served as a bell ringer for the Salvation Army and volunteers his time to the local Food Bank. Al’s leisure time is spent on music, cars and designing his own miniature Christmas display. “It only took about a year of working under the watchful eye of my Dad to realize that I could really make this my career”.

Lora Voelker – Lora is our longest loyal and hard working employee since 1985.  Lora works in both our Braddock and Bethel locations.  Lora became a certified optician in 1991 and continues to keep her certification with 12 hours of continuing education every three years.  Lora is an expert in frame styling and fitting.  She is very knowledgeable in all aspects of lens design, options and benefits.  Her drive to perfection and order is well appreciated by the owners.  Throughout the years, Lora has developed a loyal patient base and is a great asset to A-Boss Opticians. Her other talents include insurance filing, office skills, finishing lab tech and repairs.   We are very grateful to have her as a long time dedicated employee.  Lora enjoys making people look good in their eyewear.  “When they look good, they feel good”. 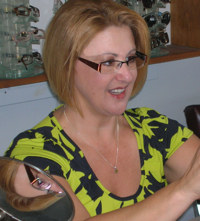 Ellen Svitko – We are proud to have her with A-Boss Opticians since 1987, working at the Brookline and Bethel locations.  She was proud to become a certified Optician in 1998, and works diligently to earn her credits each year to keep her certification and continue to learn all there is about opticianary.  One of Ellen’s many tasks is her expertise in keeping up with all the vision insurances and plans for all locations.  She is the expert tech with assembling Silhouette drilled rimless eyewear and cutting and edging of all eyeglasses at the Brookline location.  “My favorite part of the job is working with my patients to provide them the perfect pair of eyeglasses, both optically and style wise.” 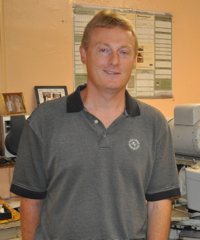 Bob Mousseau – Our hard working surfacing lab technician has been with A-Boss Opticians since 1988.  Bob has single handedly managed the surfacing aspect of our business since 2000.  His other duties include ordering and maintaining inventory of both finished and semi-finished lens.  Even though Bob does little dispensing he furthered his knowledge by becoming a certified optician in 1991 and continues his accreditation. Bob says the best things about working for A-Boss is helping people to see better, the camaraderie of fellow employees and the unpredictable Braddock atmosphere. 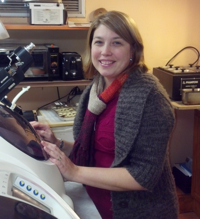 Erica Rice – Erica started working for A-Boss fresh out of High School in 1995.   Erica is busy jugging work and raising three daughters and a husband.  Erica’s upbeat attitude keeps the Braddock location smiling.   Erica is well skilled at cutting and edging in the finishing lab.  She is a versatile person who can calmly tackle every task given to her even in stressful situations.  Erica likes working for A-Boss “because it’s an enjoyable and non-competitive place to work”. 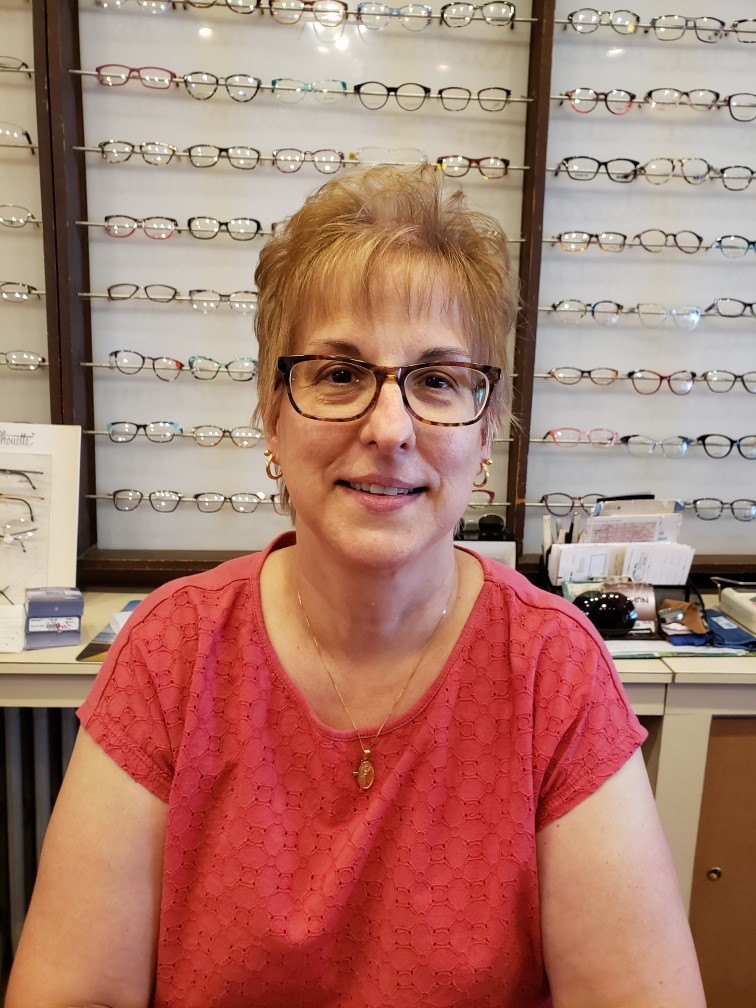 Kim Somma – Kim is our newest part-time employee. She began her Optician’s Assistant role at the Braddock store in 2016. She does a terrific job organizing the inventory, managing the phone, working with customer’s insurance, and completing ancillary tasks as assigned. She is a wonderful multitasker that brings energy to the team. She enjoys the excitement of her customers when she calls to report that their glasses are ready for pick-up.